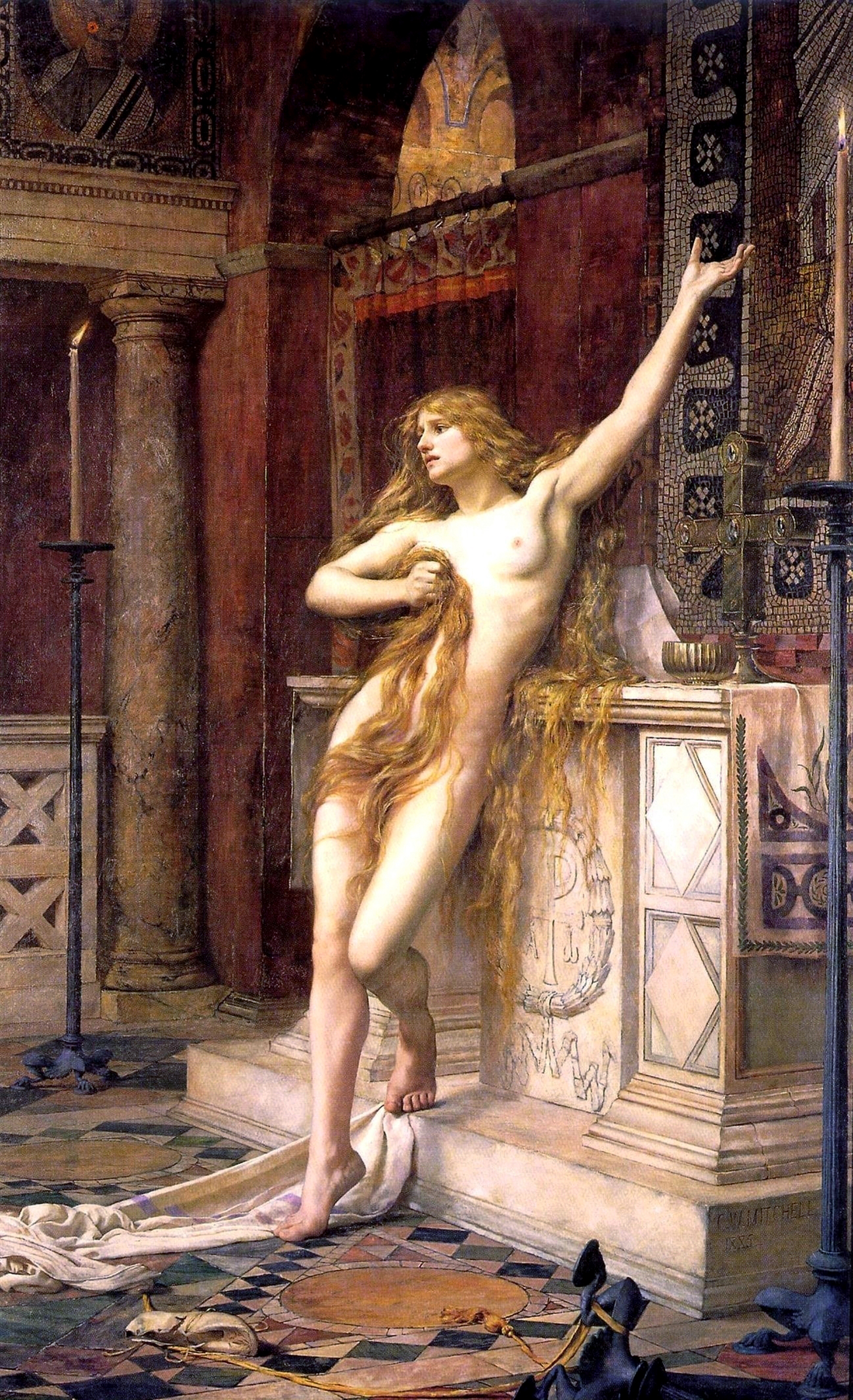 Philosophers are a funny sort.

Whether you’ve cracked open a hundred philosophy books, or you’ve yet to discover the dry wit among the very dry, here are snapshots of Pythagoras and Hypatia.

“Reason is immortal, all else mortal.” – Pythagoras

Led a cult of people that worshipped sacred numbers and prayed to the number 10.

The name of his soundtrack would be “I am a God.” His followers believed he was divine and Pythagoras told people that he was a son of a Greek god.

Always had to put his left shoe on before putting on his right shoe. He had lots of rules.

Gave speeches behind a curtain back before it was cool.

Bludgeoned to death by an angry mob that pursed him to the edge of a bean field. According to legend, he said he would rather die than step on a sacred fava bean. So they cut his throat or burned him at the stake, or or there are many stories about his death.

“Reserve your right to think, for even to think wrongly is better than not to think at all.” – Hypatia

Described as “… a person so renowned, her reputation seemed literally incredible. We have seen and heard for ourselves she who honorably presides over the mysteries of philosophy.”[46]

Murdered by a mob that stripped her naked, tore her body into pieces with either roof tiles or oyster shells, then burned her body. Gruesome.

A lunar crater is named after her.